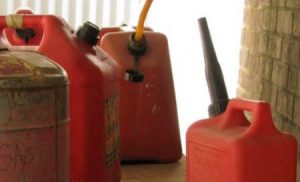 Are you using a red plastic gas can? If so, you may be living with a ticking time bomb. Deadly explosions causing catastrophic burn injuries and deaths are occurring across America due to the absence of a flame arrestor in the canister.

ANYTIME THE WORD ‘SHALL’ IS USED IN A REGULATION, IT MEANS THAT THIS RULE IS MANDATORY AND MUST BE FOLLOWED.

Whether it is required or just good sense, always use approved safety cans when handling gasoline or other flammable liquids.